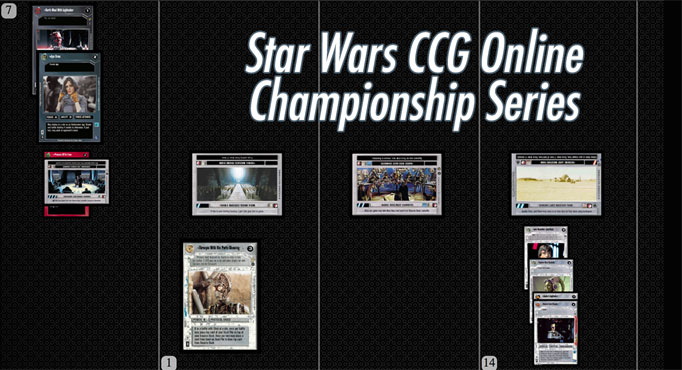 The Star Wars CCG Players’ Committee is proud to present the next step in online play: The Star Wars CCG Online Championship Series! This tournament will play out over the course of a little less than a year, entirely on the GEMP platform. If you haven’t already checked out GEMP, now is the perfect time!

There will be 8 OCS Qualifiers, each of which will run for a period of one month. These qualifiers will be held using the league format on GEMP. Each player will be eligible to play up to 12 games total, six with each side of the Force. Players will be able to play against a given opponent once with each side per qualifier. Entry will be $10 per Qualifier, except for the first Qualifier in February, which will be FREE to all participants! Players who complete at least 10 games in an OCS Qualifier will receive an exclusive foil virtual slip. There will be a different foil slip for each of the 8 qualifiers! Additionally, the top two players from each Qualifier who have not already qualified will earn berths into the Online Championship. If there is a tie for these berths, the player with the better win percentage will win; if still tied, the player with the better opponent’s win percentage will win. There may also be other prizes, to be announced later! 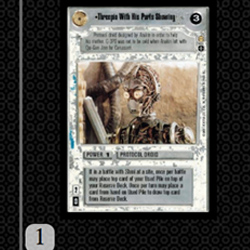 The Championship will be a top 16 single-elimination, match-play bracket that will take place throughout November & December. The players will be seeded based on their performance across all qualifiers. The players will schedule their games and inform the PC in advance, so that we can promote each one and give everyone a chance to spectate these games live. We will also be streaming as many of these games as possible with live commentary. 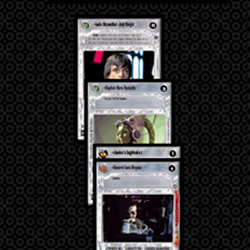 All Top 16 competitors will receive a special AI foil v-slip, exclusive to the OCS. Each top 8 competitor will also receive a trophy (to be mailed after the conclusion of the tournament) and Player of the Year points commensurate to a Major.

Also, each person may enter each qualifier with only one account. If someone is found having multiple accounts in a given qualifier, all such accounts will be removed from the qualifier and prevented from participating in future ones.

Finally, some thanks: This event would not have come to fruition without the enthusiasm and efforts of Paul McPherson, Justin Desai, and the rest of the Tournament Committee. Thanks should also go to Anthony Howard and Keith Brown for their efforts in running online tournaments, both past and future. Additionally and most importantly, Troy Biesterfeld deserves a great deal of gratitude for all of the hard work that he’s put into GEMP, and the additional work he’s agreed to do to make this tournament series a reality. Thank you to all of these awesome volunteers for their time and dedication! We hope that you enjoy this new series of events!

Posted in News
Scroll To Top